Vinyl cutters, much like lightsabers, are incredibly precise and can penetrate just about any material you load into the machine. Unlike the Jedi or Sith, however, you don’t have access to the same tools as anything you can find in the Star Wars universe.

Fortunately, KNK offers a similar choice for those who want to make the most accurate cuts possible. The KNK Force is perfect for those who work with many different kinds of materials in their projects. Once you invest in the Force, you’ll be creating enough projects to attract new clients from everywhere. 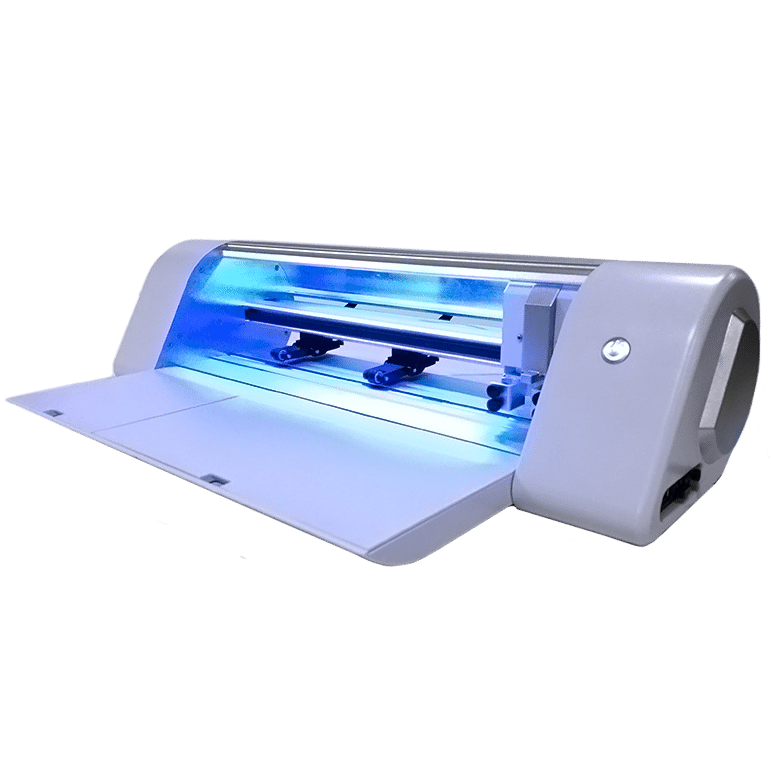 Even though cutting machines are highly revered by crafters and artists, it’s difficult to find someone who has worked with the KNK Force. For the price of the machine, you’re getting a powerful device that rivals some of the similar products put on the market by Roland and other manufacturers.

Even though other machines have claimed to provide depth options, the Force allows you to properly set the amount of depth used in your cuts. You’ll pick a setting for the z-axis just as you would for the horizontal and vertical settings during your project. From there, you get the most control possible when making cuts into your creation.

You can actually set both a starting and an ending depth, which makes you look like an even bigger expert when deciding how deep you want to cut. It’s perfect when you want to start shallow and increase the depth of your cut as you move further into a project. You might find this situation when you have to kiss-cut for an adhesive, but you have to do a complete cut for multiple stickers at the same time. The customization for z-axis ensures that you won’t have any headaches.

A New Innovation in Rotary Tools

With the z-axis setting comes a revolutionary piece of equipment that you won’t find in anything other than the KNK device. If you’ve been looking for a cutting machine that brings you innovation as well as creative capacity, the Force is exactly what you’ve been searching for.

Using the Force, you’ll be able to change your cutting depth anywhere from 2 mm to 5 mm. With this, you can not only cut vinyl, but you can engrave. Forget about using a laser cutter or some kind of router – the Force can do it all in one go. You’ll be able to carve your name or logo into a design with the same amount of accuracy you know from the KNK brand.

If you need to put a new emblem into a sign or make multiple copies of a new kind of plastic accessory, the Force is the machine you want for the job. With the right materials, you can make custom stamps or create your own reusable stencils. New cookie shapes will be simple to make with the KNK machine.

Thanks to some inspiration from Silhouette and Cricut, the KNK Force took an existing feature and improved upon it. You could describe it as playing catch-up but at least they have installed something that has become a standard in other machines.

The new machine from KNK utilizes a motor instead of a solenoid. This is used to drive the cutting head, allowing for greater precision and deeper penetration than other weaker competing cutting machines. The 8.8 pounds of cutting force is incomprehensible, especially compared to the Silhouette’s 210 grams of pressure. It isn’t even a fair comparison.

The combination of the dual cutting head and the newly-designed rotary blade make the Force a machine that you can recommend to everyone.

According to KNK, they have always wanted to address the issue of automatic registration inside their machines. Using optic eyes can cause problems, especially when attempting to align registration marks properly with the blades. Without the proper lighting, any cutting machine is prone to problems.

Depending on your usage of a cutting machine, you may never worry about the lack of light. Some professionals prefer to do all their work in a well-lit room, so this will never concern them. However, not everyone has the most ideal lighting in their studio or workspace. If you’re doing this as a hobby after a long day of work, you might only have artificial light inside one room to work with.

For better performance with registration marks, KNK has included a full camera instead of just an optic eye for the Force. The performance difference is night and day. Not only is it more practical, but the prominence of cameras popping up everywhere, reducing in size each year, means that this could be a new norm. If this is any indication, then hopefully the rest of the industry takes a cue from KNK.

How many times have you run into compatibility issues with either the hardware or software when you have a great idea for a project? On too many occasions, people are all set to create something incredible, only to realize their software won’t run on a Mac or PC.

KNK is aware of this, and they created a piece of software that is universally compatible. This could sell the machine on its own without even mentioning the blade or rotary tool. Name an OS and you can use it with KNK Cutter Control Center, better known as C3.

No matter what kind of hardware you are using, C3 will work inside a given browser. Even better is the fact that you don’t have to have an active internet connection to take advantage of this software. As long as you have a network established, you just need a computer and cutting machine to run on the same communication.

Along with the C3 software, you can trace almost any shape you can think of into an .svg file. You will need to be sure that the proper settings are established ahead of time when making this file type, but you should be used to this by now.

Using C3 and .svg files ensures compatibility and parity with all the major design software out there, including products by Adobe. You can work through your potential KNK projects, save them in .svg format, and then get to the cutting stage.

If you prefer, you can also use a freeware like Sure Cuts a Lot to bring your projects to life. Both the standard and pro versions of this software are compatible with the Force, just like all the other operating systems and pieces of software.

There are still more added benefits of owning the KNK Force once you purchase the machine. If you prefer wireless access, the Force can hook into your home’s network through a router with an Ethernet cable or without one. This is a great backup if you’re used to using wireless access points, but your connection begins to suffer.

You’ll love the possibility of creating a project with a maximum cutting length of almost 30 inches per second. The accuracy of the Force never drops, and you’ll wonder how the machine can apply such pressure while keeping the precision on point.

If you don’t feel like using the provided desktop mat, KNK won’t restrict you to it. If your project is still fed into the machine on an existing roll, or if you’re working with the Force while traveling, you can use whichever mat you need. The width of any project has a limit of 15 inches, but there is no restriction on how lengthy your creation gets.

In case you have a lot of different accessories and tools, KNK took another idea from the other companies. You can find a storage tray on the Force, perfect for housing anything you don’t need for a current project.

Negatives of Using the KNK Force

You won’t find a machine on the market that is completely flawless. The KNK Force is doing a fantastic job of keeping up with current trends, but unfortunately, there are a few things that need to be addressed before you buy.

If you’re just starting out in cutting, the Force is not the first machine you should choose. It’s designed for professionals, and you shouldn’t feel bad about not being able to use it as a first-timer. It’s difficult, not user-friendly for amateurs, and takes a lot of knowledge to understand the finer parts and hidden accessories.

If you do decide to get into the Force as someone who has not been using vinyl cutters for very long, you can find a high amount of Facebook groups for support. KNK runs an official group, and you’ll find plenty of community-run organizations for people just starting out in vinyl cutting.

Your initial setup of the Force is going to take a while. Make sure that you follow each instruction, not skipping over any words. This might still give you trouble even after carefully paying attention. The main problem seems to be getting your network to recognize the device. If it troubles you, contact KNK support directly to find out how to solve the issue.

Where to Purchase the KNK Force 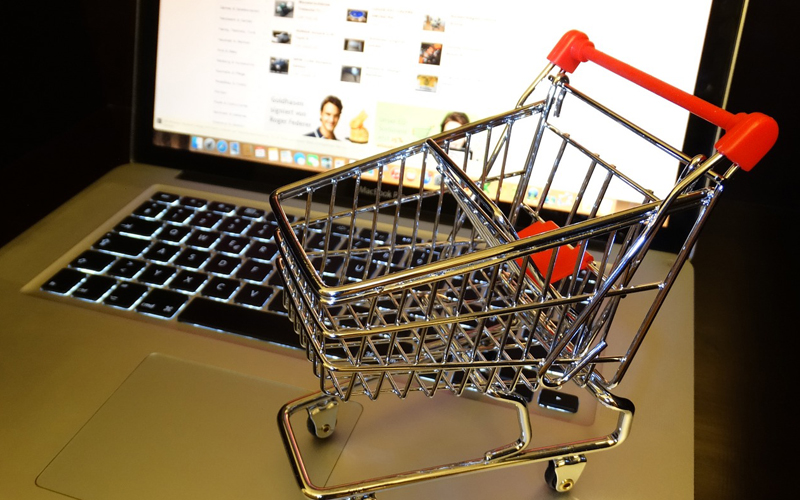 The official KNK website has the Force for sale. While shopping on their site, they also promote Sure Cuts a Lot software to go with it, as well as an extended warranty (all the way to 2 years) and training classes for beginners.

Amazon also sells the machine, potentially saving you a good chunk of money on shipping. Check with each vendor to see what the costs might be and remember that sales tax is not included in the initial price when purchasing online.

Supply of the KNK Force may be limited, as this was originally a crowdfunded endeavor through Kickstarter. The machine raised over $225,000 as an initial investment before additional models were offered to non-backers. Used models might appear on eBay, but don’t expect supplies to increase after a limited production.

Who Should Purchase the KNK Force

As mentioned above, the best route to take for the KNK Force is a purchase when you have already learned a bit about vinyl cutting machines. Considering the power behind the rotary tool and the blades, it’s designed for those who have a great amount of experience creating projects on similar devices.

If you decide to go with the Force after only a brief tutorial, you might also look into the expert training that is offered on KNK’s website. It’s a great option for those who want to learn from home and also want the hands-on interaction that comes with actual teaching.

Final Words on the KNK Force

As with any idea on Kickstarter, the KNK Force could have been a disaster. Too often, asking for crowdfunding results in mismanagement, broken promises, and a number of backers who are not satisfied with the final product.

It’s safe to say that’s not the case with the Force. KNK has delivered on everything they pledged during the initial offering and come through with a standard for future cutting machines. Too often, the industry looks to be copying the same ideas over and over again. Even though the Force borrows a few plans from competitors, the innovation in a third axis and the power of the blade’s depth is unmatched.

Anyone who is in the market for a permanent member of their cutting design studio would do well to consider the Force. Its universal compatibility, precision when cutting, and unrivaled depth in making cuts deliver on all the promises from KNK. After using this, you won’t want to go back to a weaker commercial offering.

It might not be a miracle, but the innovation behind the Force is enough to make you wonder why someone didn’t release this earlier.